Songs and lyrics for songs about Snoopy

After the turn of the century
In the clear blue skies over Germany
Came a roar and a thunder men had never heard,
Like the scream and the sound of a big war bird.
Up in the sky, a man in a plane
Baron von Richthofen was his name
Eighty men tried, and eighty men died
Now they're buried together on the countryside
Chorus: Ten, twenty, thirty, forty, fifty or more
The Bloody Red Baron was rollin' out the score
Eighty men died tryin' to end that spree
Of the Bloody Red Baron of Germany
In the nick of time, a hero arose
A funny-looking dog with a big black nose
He flew into the sky to seek revenge
But the Baron shot him down--"Curses, foiled again!"

Now, Snoopy had sworn that he'd get that man
So he asked the Great Pumpkin for a new battle plan
He challenged the German to a real dogfight
While the Baron was laughing, he got him in his sight

Return Of The Red Baron 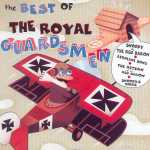 The Allied command ignored all of its men
And called on Snoopy to do it again.

Was the night before Christmas, 40 below
When Snoopy went up in search of his foe
He spied the Red Baron, fiercely they fought
With ice on his wings Snoopy knew he was caught.

The Baron had Snoopy dead in his sights
He reached for the trigger to pull it up tight
Why he didn't shoot, well, we'll never know
Or was it the bells from the village below.

The Baron made Snoopy fly to the Rhine
And forced him to land behind the enemy lines
Snoopy was certain that this was the end
When the Baron cried out, "Merry Christmas, my friend"

The Baron then offered a holiday toast
And Snoopy, our hero, saluted his host
And then with a roar they were both on their way
Each knowing they'd meet on some other day.


Snoopy For President
1968, The Royal Guardsmen

(The original single version of this song featured a spoken
introduction by "The Red Baron," mentioning the then-current
presidential candidates for the 1968 election. Unfortunately,
Bobby Kennedy was assassinated just days after the record had
already been shipped to stores. Later pressings eliminated
the spoken intro.)

Waiting at the pumpkin patch, a dog sincere and brave
And everybody hoped that soon the country he would save
The pumpkin said "The day has come for you to take a stand"
"For love has left the people across our native land"


All the politicians, they swore he couldn't win
But Snoopy only shook his head and flashed his famous grin
He jumped into his faithful friend, the Sopwith Camel plane
And bounced around the countryside from Washington to Maine

New York State was lookin' bad till Snoopy made a speech
Soon Illinois and Tennessee were both within his reach
He won the vote in Oregon but time was growin' thin
And back at the convention hall, the votes were pourin' in


Snoopy smiled his way into the hearts of everyone
But when the votes were counted up, they found he needed one
The winning vote for Snoopy came when a stranger raised his hand
Snoopy turned, the stranger spoke
"Mein friend, vee meet again!"

About The Royal Guardsmen

The Royal Guardsmen made a career in the mid-60s out
of writing about Snoopy, the dog in the Peanuts comic strip.
The group formed in 1966 in Ocala, Florida, USA and
consisted of Chris Nunley (vocals), Tom Richards
(lead guitar), Barry Winslow (rhythm guitar/vocals),
Bill Balogh (guitar), Billy Taylor (organ) and
John Burdette (drums).


That same year, under the management of Phil Gernhard,
the group signed to Laurie Records and recorded
Snoopy Vs. The Red Baron, which ultimately peaked
at number 2 in the US chart in January 1967 and
eventually reached number 8 in the UK chart that same year.

Capitalizing on the debut's success, they recorded further
Snoopy songs—The Return Of The Red Baron,
Snoopy's Christmas and Snoopy For President—
as well as other novelty songs.
The Royal Guardsmen disbanded in 1968

The night moon glows; up Snoopy goes.
Here stands a doghouse no more.
The mighty plane of a flying ace,
The Sopwith Camel, stands in its place
To fight in the first World war.

For the beagle has landed
To drink root beer again.
Now he'll fly, his country to defend.

Engines churn while machine guns burn;
The enemy falls from the sky.
Shot down, the mighty flying ace,
But another plane comes to fill the place.
The Red Baron swears he'll die.

For the beagle is branded.
Red Baron plans to rend
Snoopy's Sopwith Camel, end to end.

In pale moonlight, the two planes fight;
Soon both are riddled with holes.
But the Baron hits some vital spot,
And the Sopwith Camel, smoking and hot,
Falls to the Earth below.

And the beagle crash-landed.
Let the Baron beware when
Snoopy climbs his doghouse once again.

Prophets and prisms and planets in motion,
Pebbles I gather in front of Truth's Ocean.
Fluxions that help me in my measurings --
These are a few of my favorite things.