What's so bad about Animal Testing?

Last week, I was speaking with a member of my family about what I had been learning about animal testing, new animal rights legislation and so forth. Now, you have to understand, we are a family HEAVILY into animals. We have cats and dogs, besides our poodles, and we do quite a bit of rescue work in terms of nursing
care for sick & injured animals, finding permanent placement for different pets and so forth. We are all a very animal oriented group of people.

So, when this family member said to me, "I really don't see what is so bad about animal testing", I felt like I had obviously missed an opportunity somewhere to explain just exactly what is in involved in animal testing and why I personally consider it to be an inappropriate and unnecessarily inhumane use of our relationship
with animals. After reading this, you may or may not agree, but I feel that it is my responsibility to share what I have learned with you in a straightforward, non-sensationalist manner.

Historically, companies used animals to test the safety of their ingredients and products. This may include tests where harsh chemicals were dropped into their eyes to test irritation levels or applied to an animal's skin to test for skin reactions.

Other tests may include removal of a kidney and damaging the remaining kidney to test a drug result, or vivisection to determine how the nerves and
muscles reacted to a particular substance. All of these tests are done on live, feeling animals without benefit of anesthesia or supportive medical care. Other tests, such as the LD-50, would administer a Lethal Dose of some substance to 50% of the animals in the test. The remaining 50% were observed and evaluated and
ultimately killed and autopsied. For more detailed (but gruesome) articles and documentation on how animals are tested, procedures and so forth, take a look at these links:

Although the Food and Drug Administration does not require animal testing to determine product safety, standards have been developed based on historical data. Some companies find it difficult to trust these surrogate methods. Within the last 10 years, however,
alternative approaches to animal testing, such as synthetic skin, have become more widely used.

The Interagency Coordinating Committee on the Validation of Alternative Methods Authorization Act would be formed by a piece of legislation introduced in 1999, by Sen. Mike DeWine, (R-Ohio). The committee, composed of scientists, would approve the validity of non-
animal safety tests. Although the committee exists today it has no formal authority, but it recently "approved" a toxicity test using synthetic skin-like material. Both Procter & Gamble and animal rights activists support the bill.

In early 2000, The European Commission answered passed legislation making it illegal to sell cosmetics tested on animals. However, the commission delayed implementing the measure since companies in the United States and in other countries still test cosmetics products
and their ingredients on animals. The ban, the commission feared, would prevent those companies from trading on the continent.

Animal rights activists point to the European Commission's action as evidence that America lags behind Europe in abolishing animal testing in the cosmetics industry. U.S. manufacturers say they have made great strides in using alternatives to animal
testing. And now a piece of legislation pending before Congress might make it easier for all companies in the future to use alternatives to killing dogs, mice, kittens and rabbits

Here in the US, there exist a number of cosmetics companies who do not test on animals, nor do they support animal testing in any of their suppliers. One such company is Mark Kay Cosmetics, which
ceased all animal testing in 1989. To signify their commitment, Mary Kay Inc. has signed a document drafted by the Coalition for Consumer Information on Cosmetics, supported by such organizationsas People for the Ethical Treatment of Animals (PETA), The Humane Society of the United States and the Doris Day Animal League. This
contract, commonly known as the "PETA Pledge," provides assurance that, not only does Mary Kay Cosmetics not conduct any animal testing, we will not use animal testing at any time in the future. Mary Kay Inc. continues to actively sponsor the development of
alternative testing procedures, supporting such organizations as the Johns Hopkins Center for Alternatives to Animal Testing and the
Cosmetic, Toiletry and Fragrance Association in their programs to develop effective alternative testing methods. Many other companies have followed suit, declaring a firm resolution not to participate
in any form of animal testing.

What Can I Do?

Choose wisely. Every time you purchase personal care and household products you are sending a message to the company: "I support your products and your policies!" But do you know what you are really supporting?

Find out your favorite company's policy on animal testing and urge them to join the CCIC program. For a sample letter, go to
http://www.leapingbunny.org/sample_ltr.htm You can find a company's contact information by checking the product label or calling for their toll-free number at 1-(800) 555-1212.

For a list of companies that DO NOT use animal testing on their products, follow this link
http://www.peta-online.org/mall/cc/ccdonttest.html

For a list of companies that DO ANIMAL TESTING, some of whom will shock you (such as Melelauca) follow this link
http://www.peta-online.org/mall/cc/cctest.html

If you, like us, agree that using animals in testing is simply not the most productive or humane means of product testing available, please follow through on what you're read here today. Choose products that do not test on animals ? switch brands, write letters,
make your opinions on this matter known to the companies doing the testing. It will stop when enough of us become aware of the great cost to our hearts and society and make the effort to insist that
the practice of animal testing be permanently abolished.

It IS important and it DOES have a connection to our self-perception as individuals and as a society. Remember that it was not too long ago that people had similar conversations and concerns over individual
and societal treatment of women and children! We still have those concerns, but our compassion can be all encompassing. There is enough compassion and love to go around for everyone, including our
animal companions. Please ? take a stand!

But this Travesty is not limited to Cosmetics & Drugs!!

Look at this chart ? I think you will be very surprised to see some of the names listed here. Some of them were also included in the
FDA's listing of companies that use rendered pets as a protein ingredient on their foods. Talk about adding insult to injury! "Let's use them in our experiments and then sell the bodies back to the rendering plants to use in pet food! Genius!"

Please ? review this list and re-think what you are feeding your pets. There are healthy, safe alternatives out there ? let's show them the compassion and love they deserve by refusing to support
this aspect of the industry!

The following pet foods are involved (either directly or through their parent companies) in animal testing:


If you would like to know more about a company that DOES NOT perform or endorse any form of animal testing and and DOES NOT use rendered pets in it's ingredients, please find out more below: 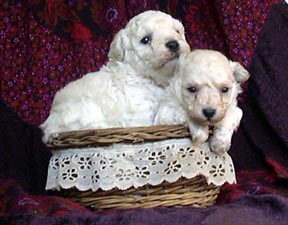 Kristen says, my Toy Poodles will only be fed 1 brand
of Dog Food.... .Life's Abundance