The Purple Martin roost on Bomb Island is the largest roost in
North America with 700,000 to 800,000 birds present at the peak
of pre-migration in late July.


A most unusual event happens each year as thousands of Purple
Martins return to this island to roost for the summer. The island has
been declared a bird sanctuary and it is quite a sight to watch
these birds return to Bomb Island each day around sunset.


People around the lake construct Purple Martin houses, or clusters
of gourds, to attract the nesting birds.


Purple Martins are the largest North American member of the
swallow family and, like other swallows, their diet consists of flying
insects.


Bomb Island and surrounding islands were used for bombing practice by pilots in World War 2.  Some of these bomber crews flew with
General James H. Doolittle's Raiders on April 18, 1942 when they
bombed Tokyo.


A 1.5-mile-long earthen dam, the largest in the world when it was
built, created Lake Murray, named for William S. Murray, chief
engineer for the project, near Columbia, South Carolina. 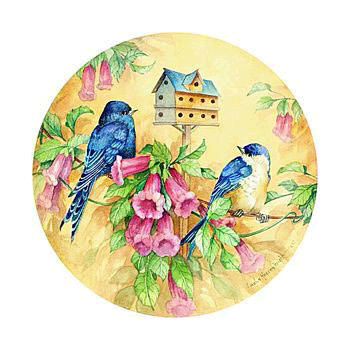 All about Purple Martins