Waxwings have black masks and yellow tips to their short tails.
In flight, their formations resemble those of starlings.


They lay 3 to 5 spotted eggs in a bulky shallow nest in late summer.

Food is fruits, berries and insects.

The largest waxwing, and the only one found in both Eurasia and
the Americas, is the Bohemian waxwing, known in Great Britain
simply as the waxwing.


In North America it breeds in the northwest from Alaska south to
northern Idaho and Montana, and east to Hudson Bay. Large numbers
occasionally invade the United States south of the breeding
range in winter.

The smaller cedar waxwing is about 18 cm (about 7 in) in length.
It occupies most of North America south of the range of the
Bohemian waxwing.

It nests late in the summer, feeding its young on berries and insects.
It has no regular migration route, but wanders widely after breeding. 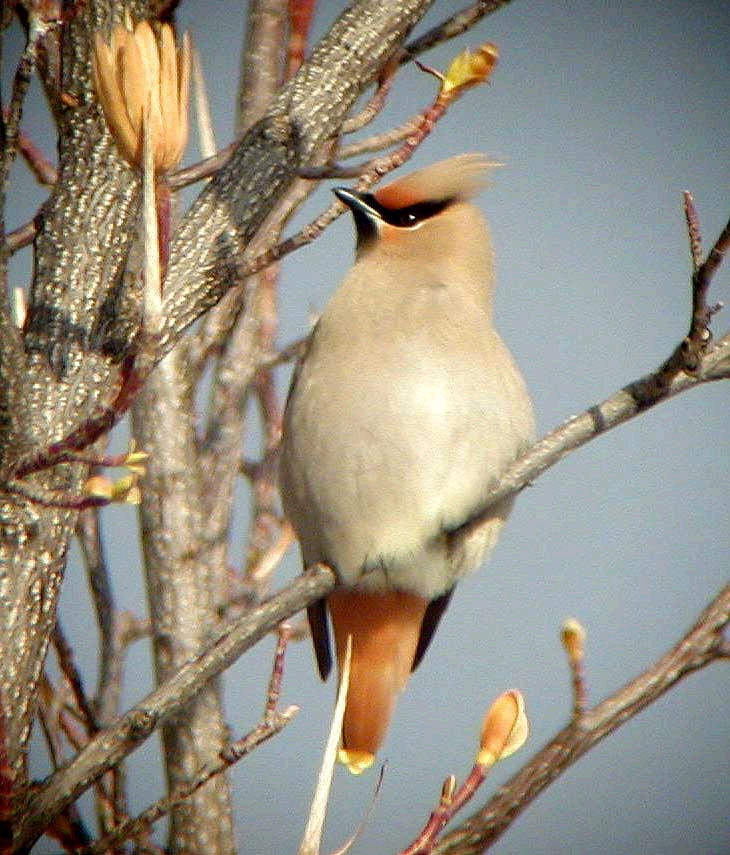 Waxwings belong to the order Passeriformes.