Deer and Christmas
By: Tippy & Alfred


Deer have long been popular winter and holiday icons,
especially during Christmas. Deer are active and more easily
seen during the winter months, especially during the
Christmas holiday, which coincides with the time during the
deer's life that is called "The rut," breeding season for
the deer. So now you can see them gracing paintings, as
characters in stories, in movies, on clothing, as
decorations and ornaments all about the winter season and
the Christmas holiday.


They are especially seen in statuary and lawn ornaments,
which is rather confusing since most people who have yards
and gardens consider deer to be pests. Deer eat the bark of
trees and bushes, and buds from whatever plant they can
find. They are often destroying people's yard foliage trying
to get enough to eat for themselves.

In the book, "The Animals of Farthing Wood," the leader of
all the animal residents of White Deer Park nature reserve
is a deer called The Great White Stag.


One famous fictional deer is Bambi. In the film "Bambi" by
Disney studios Bambi is a North American White-tailed Deer,
although in the original book by Felix Salten, "Bambi, A
Life in the Woods," Bambi is a European Roe Deer.


The book "Fire Bringer" is a fantasy fiction book about a
young fawn that is born and goes on a quest to save the deer
kind, who are called the Herla in the novel.


The Pulitzer Prize-winning 1938 novel "The Yearling,"
written by Marjorie Kinnan Rawlings, about a boy's
relationship with a baby deer, was later adapted to a
children's film that was nominated for an Academy Award for
Best Picture.

The Patronus Charm that Harry Potter conjures to repel
Dementors in the Harry Potter series is a silver stag.
Harry's father, James Potter, also had an Animagus form as a
stag. Lily, Harry's mother, and later Severus Snapes, has a
Patronus form that was a doe.


In one of Baron Munchhausen's stories, the baron, while
eating cherries as he traveled through the wood, came upon a
stag. Being out of ammunition, he fired the cherry-pits at
the stag with his musket instead, but the stag escaped. The
next year, the baron encountered a stag that had a cherry
tree growing from its head. Assumedly that was the animal he
had shot at the previous year. 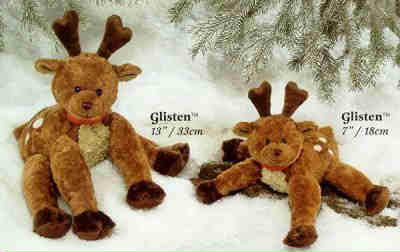