The twenty-eighth President of the United States was
President Thomas Woodrow Wilson. He served as President from
1912 to 1921. He was a Democrat with strong Presbyterian
beliefs and intellectualism. He was one of the leaders of
the "Progressive Era" in the United States.


Woodrow Wilson served for some years as the President of Princeton
University, and then became Governor of New Jersey in 1910.
As Governor he was a strong promoter of governmental reform.

As President, Woodrow Wilson passed many successful major
legislations, such as the Clayton Antitrust Act, the Federal
Farm Loan program, the Federal Reserve System, the Federal
Trade Commission and the Underwood Tariff.


In his second term as President the United States entered
World War I. President Wilson tried to maintain neutrality
but it wasn't to be. Because of unrestrained submarine
attacks by the Germans, President Wilson asked Congress to
declare war on the Central Powers. Leaving the military
aspect to the military, he focused on the home front and
established some more effective legislation to help the war
effort taking place abroad. The war ended in 1918.


President Wilson created the League of Nations to conclude
negotiations upon the ending of World War I. The Treaty of
Versailles was instrumental in reforming the fallen nations
of Europe and eventually sparked World War II.


In the last two years of his Presidency, Thomas Woodrow
Wilson dealt with Post war depression, strikes and riots
that tore the United States apart. Meanwhile an internal
conflict with the new Republican Congress collapsed
President Wilson's plans about the newly formed League of
Nations. Due to this the United States never did become a
member of the League of Nations.


After his Presidency Thomas Woodrow Wilson retired with his
wife to their home in Embassy Row of Washington D.C. He
spent his time going for drives and attending the Keith
Vaudeville Theater on Saturday evenings. He died on February
3, 1924 in his home and was buried in the Washington
National Cathedral. 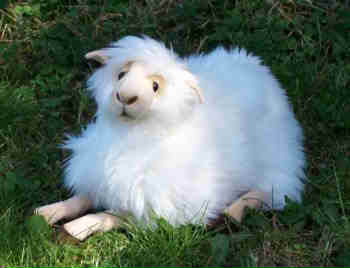