Waddlesworth the delusional & neurotic macaw believes he's
a Rottweiler and sometimes acts like one, stars in
Disney's 102 Dalmatians.


Dipstick, one of the original puppies of Pongo and Perdy from
101 Dalmatians, has grown up and is now owned by Probation
Officer Chloe Simon, who just happens to be Cruella De Vil's
probation officer.

After several treatments of hypnosis and electric shock therapy,
they think Cruella is cured of her hatred for dogs and animals.
Cruella changes her name to Ella.


Dipstick and his bride dog Dottie have 3 cute puppies. One of
which has no spots, and is named Oddball.

Another main character, Kevin, owns the 2nd Chance Dog Shelter
for stray dogs. Waddlesworth, the mouthy macaw who thinks he is a
Rottweiler, stays at the dog shelter. He refuses to fly
because dogs don't fly.


One day Ella hears the Big Ben Clock and it brings her out of
her hypnosis. She sees the spots on Chloe's dogs, and
becomes her old self and her desire to own a Dalmatian puppy
fur coat.


Cruella starts on her quest to steal the Dalmatian puppies
and frames Kevin to make it look like he's the one responsible
for the missing pups.


Oddball becomes the hero and earns her spots to lead the
puppies and the other canines against Cruella and her scheme.


Waddlesworth believes that he is a dog and not a bird at all.
His dialog of sharp, witty remarks adds a lot of color and
flavor to the movie, along with some great laughs.

Finally Waddlesworth learns to fly, but still declares,
"I'm not a Rottweiler, I'm a Retriever." 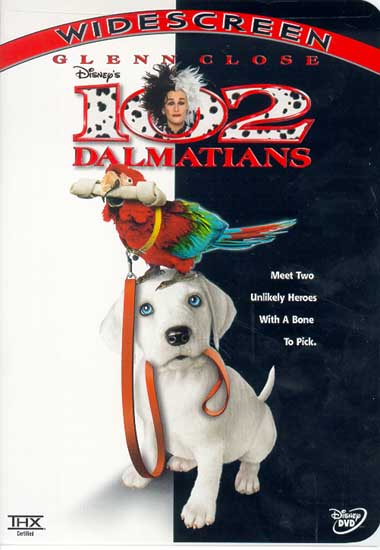 Writing credits
Dodie Smith (novel The One Hundred and One Dalmatians)


Stuffed Plush Macaws you will have so much Fun With 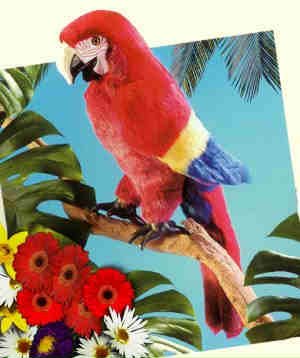